Author(s): Benjamin Percy
Artist(s): Juan José Ryp
Colorist(s): Frank D’Armata
Letterer: VC’s Cory Petit
Publisher: Marvel
Genre: Action, Drama, Superhero
Published Date: 12/21/2022
The Pit of Exile on Krakoa is the ultimate punishment for mutants who break the laws of mutantdom — and Wolverine’s just cursed himself to its depths! But what is really at stake, and what does Krakoa itself know that Beast does not about Logan’s Secret Missions? 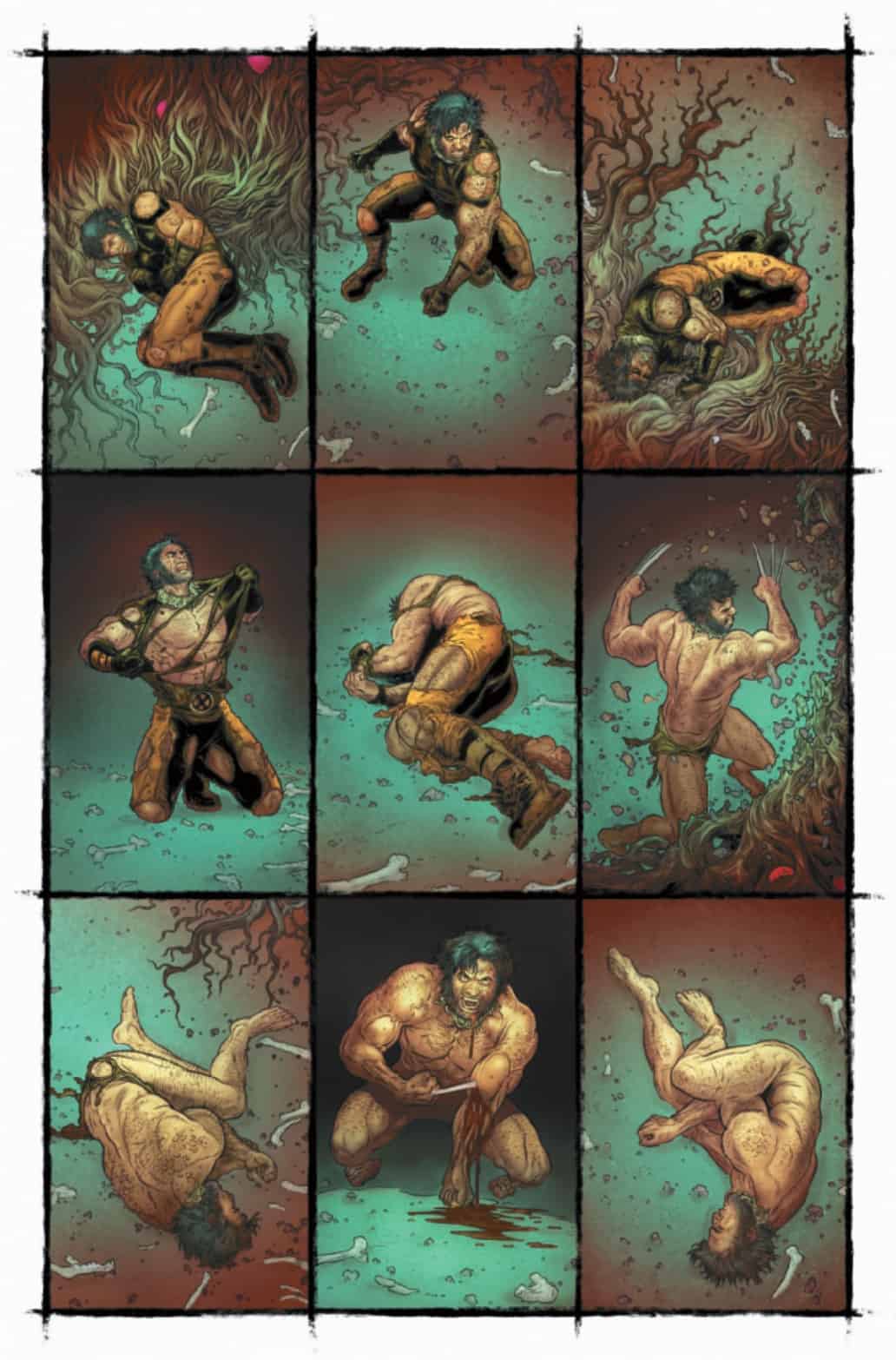 I know I’m not alone when I say that Beast is a war criminal. In Wolverine #28, he is so close to being called just that. The last few issues of Wolverine have made it crystal clear that Beast is using Wolverine as his own personal weapon. We see Beast order Wolverine to assassinate a General. While Wolverine is successful, he is caught on camera and eyes are on Beast. The majority of the dialogue in the issue is from Beast, but we do get some narration from presumably Wolverine. Is this the Wolverine we see or the one we know? The simplicity of the language leans towards the former, but there seems to be more awareness than it appears. Another interesting aspect of this issue is Krakoa’s role in all of this. Is Krakoa helping Wolverine or do they need him like Beast needs him?
Juan José Ryp and Frank D’Armata have been on art and coloring duties for this arc. Like the last few issues, it takes some time for me to adjust to Ryp’s pencils. His depictions of Wolverine and Beast just might not be for me, and I may still be more accustomed to the art of past arcs.   However, Ryp really is a good fit for this arc. He especially excels at the organic details of the story, mainly the tentacle-like vines and roots of Krakoa and gore. There are a few good gory bits in Wolverine #28, but the focus is on Beast for most of the issue.
This issue really does just leave me with a lot of questions and I’m looking forward to getting answers. For now, what we know is that Wolverine is in the pit and the pressure is on Beast.
Wolverine taught me that hairy dudes can still get the girl. Providence, Rhode Island professor and writer utilizing comic books in any way possible. If I’m not at a Dunkin Donuts, hiking, or at a concert, you can most likely find me walking to the comic book shop with an ice cold bottle of coke in hand. Follow me on Twitter @BroncoNova
Your email address will not be published. Required fields are marked *